A Home Robot Who Hangs Out & Helps Out, With Amazon Alexa Built-In 2021

Vector can comfortably move around objects, respond to queries via custom text–to–speech. Vector always knows where he is, his surroundings and knows his companion. He also offers up–to–date weather information, sets important reminders, and much much more. The all–in–one home companion incorporates Anki’s self–service.

Enjoy a wide array of features powered by Qualcomm’s high–end AI technology. Vector is programmed to be compatible with Apple and Android smartphones. Look no further! Vector is always there for you.

Anki is a reputable toy and home robot developer. The American company holds a high position amongst its competitors; Hexbug, Makeblock, Pololu Electronics, etc. It’s well known for manufacturing smartphone–controlled toy cars; one of them being the legendary Anki overdrive. Anki is also a manufacturer of personal robots that people buy to keep them company at home. It’s also famous for good products, customer support, and supporting easy payment methods.

However, the company was closed down last year April, plunging its customers into a period of uncertainty. Luckily, new hopes arose when Digital Dream Labs announced that it would purchase Anki’s assets and continue making similar products. 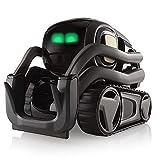 Vector Robot by Anki, A Home Robot Who Hangs Out & Helps Out, With Amazon Alexa Built-In
$465.00
Buy on Amazon
Bestseller No. 1 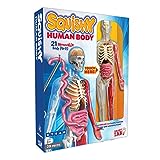 Anki’s Vector robot is equipped with one of the latest Qualcomm’s platform 200 AI. This technology is used in smartphones and having it on the vector bot is an added advantage.

It allows the Vector robot to “think” like a smartphone. Qualcomm AI constitutes a 1.2GHz quad–core Snapdragon processor to run its functions.

Enjoy a fully functional Cloud service enabled through WiFi connectivity. The Vector bot connects to Cloud service via WiFi to update e.g weather. Just make sure you have a strong WiFi connection to support your device and receive real–time data.

Anki’s Vector robot has a powerful wide–angle HD camera with 720P resolution. It automatically detects the people around it and relays any messages addressed to them. This feature comes in handy especially if you have to remind somebody to do something like washing the dishes, taking out the trash, etc.

The camera also helps the device to detect objects and move around safely. As for the IPS displays, it’s located on the moveable head of the robot.

The IPS display shows a variety of “emotions” to make the robot seem a little bit more human. Something like a “bored” face with raindrops on a rainy day.

One of the most interesting features of this device is how it works with Alexa. The Vector bot supports Alexa voice control to reply to queries.

For example, if you ask what the weather looks like outside, the robot will understand the question and show you on its screen. Thanks to the four–microphone setup. But if Alexa doesn’t hear you, you can turn to the mobile phone app.

Anki’s Vector robot knows when it’s almost out of power. After detecting this, it will simply travel to its base station, which is powered by a USB cable.

The charging port is located just below the treads and the process of going back to its charger is automated.

This way, you don’t have to worry about it going off. A simple command like “go home will also send the robot to its charging booth to await further orders.

The device has several accessories including a USB cable, its own vector space. The developer also made a carrying case for portability, decoration kits, screen guard, etc. Some of these accessories are not provided by the manufacturer, so you have to go find your own.

Fortunately, dealers at places like Amazon have many accessories you can shop for.

The device has an accelerometer sensor and a gyroscope that enables it to respond to touch. It can intelligently know when it’s being moved. But try not to shake it.

Vector bot has a robotic design with a pivoted head. The body looks like a tank/tractor treads with fork–like arms to pick up the vector cube. The Vector robot is a small machine but don’t underestimate its capabilities. Once you use it, you’ll find out how much of a companion it can be!

Now that we have looked at the features of the device, it’s time to look at what people buy it, what they like and what they hate. Here are the pros and cons at a glance…

What does Vector Robot do?

It’s a home assistant that helps you remember important dates, speaks, and keeps you company. It helps you control other devices at home including lights, control smart plugs,

Do you need a smartphone to control the device?

Vector Robots can function without a smartphone. However, it is advisable to download the smartphone app for better control and to monitor what it’s doing.

Can it climb stairs?

Unfortunately, no. You have to keep it on a flat surface.

Can I have two vector robots at home?

Yes, it’s possible. However, if they are too close to each other, they will respond to the same commands.

The vector robot is designed to be a fun companion. From its features, we’ve seen that it plays its part as your faithful assistant.

Unfortunately, Anki went out of business and due to a lack of sufficient working capital. This is a big blow to anxious customers waiting to get the next of Anki’s releases.

The device has many amazing features and is worth a consideration if you’re looking for a robot assistant.